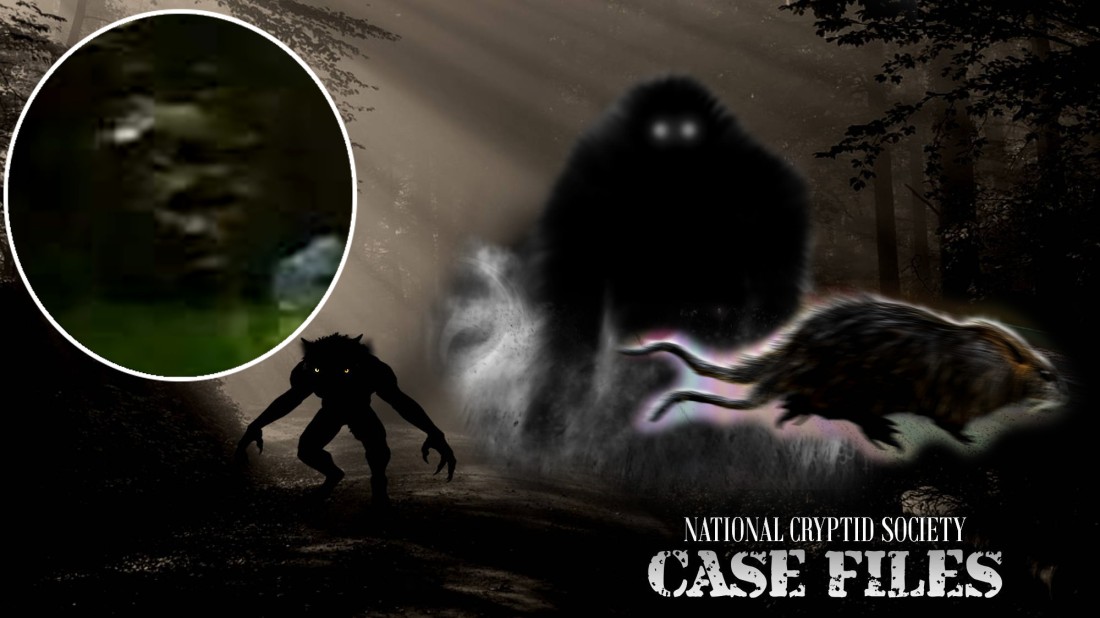 “We had pig farm in Raleigh NC, my dad and I were feeding the pigs one afternoon and we heard something coming through the woods. Our pig fence was around 3ft high. As we looked up we saw a very big dog, the biggest dog I’ve ever seen, he got on two legs and grabbed one of our pigs and pulled him over our fence.

He did it so fast we didn’t have the chance to get our gun from the truck.

We had been missing some pigs, at that time I didn’t know what a dog man was, but now looking at picture of the dog man I’m sure that’s what it was.

Now two years before this happened I had seen a Bigfoot on our property, which I never told my dad because he had told me not to ride my motorcycle down a certain pathway.

Our land was in front of Lynn Lake before it was made into a park, the lake was separated into parts at the time. We had around 30 acres with trails and I always felt like I was being watched.

At one point we were cooking two pigs and I was watching over them around 9 at night. I heard a scream that I never heard before, I was 10 years old, we would cook our pigs at our barn about 80-90 ft from our house.

I took off running and when my dad and I came back out to the barn one of the pigs was gone. I don’t know if it was Bigfoot or dogman, but it something I won’t ever forget.”

“Three years ago I walked out on my front porch as I do every morning , I don’t remember the exact time but it was between 8:30-10 am. I live out in a rural green belt , everyone is separated by acreage and woods .

Across from me due south are 3 ponds with a few houses, looking to the east was a large field that had 2 fences running down the middle (which separated it into 3 lots), [each of which were for sale] the middle lot [consisted of 10 acres] and had a house being built but was still empty.

This was on a Sunday so there was no one working that day.

The fence that ran down the east side of it was just a plain 4 ft. wire fence with the metal rods.

I saw movement coming down the fence and when I turned and looked at it, my first thought was someone’s cow was out.

It was white but as I watched it walk I realized it wasn’t a cow.

It had a large white mane like a lion but unlike a lion the mane didn’t stop at the shoulders, it shortened but stayed uninformed to the body giving it a shaggy look, so I thought wow that’s a big dog!

It walked about 18 feet down the fence very oddly, slow and lumbering and then stopped.

It never turned its head, just looked straight across the road which would be another house with 2 ponds behind it.

So using the fence for measuring , the back was even with the fence @ 4ft. , the length was pole to pole , which I’m guessing 6-8 ft., don’t know the spacing of the poles , I never saw a tail , not saying it didn’t have a tail , I just didn’t see one.

The top of the mane was over the fence so closer to 5 ft. , I couldn’t make out a face at a distance from around 150 yards.

It stood there almost a minute then slowly turned to it’s right and that was also odd the way it turned, almost cat like but slow.

Then [it] walked back up the fence line and gone.

3 to 4 days later and this is now at night at 11pm, I walk out to my front porch and sit down.

Within about 5 minutes I look over and I see a large white form coming down the fence line again; only it was running or moving a lot faster and kept going.

I figured it crossed and went over to the ponds .

Around August of 2017 I was in my backyard with my camera, my dog was chasing squirrels and I was taking pictures of him.

He was behind a tree and I was waiting on him to come out looking in the camera I noticed something move in the upper right of the screen, my dog had came out and was now heading in that direction, so I look up and see this Dog-Lion stalking my dog from the bushes. 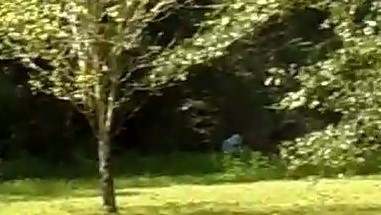 I stopped and called my dog and went quickly into the house. I ran to my kitchen and looked out the window and it was gone.

I still don’t know what it was but knowing it’s out there is terrifying.”

Note: The photos above have been posted on the Facebook page “South Cleo Black” where the witness shares stories and photos of Bigfoot, Dogmen and other cryptid creatures.

“I was walking my dog in the water vole infested Sanders Park. I remember the day very vividly as I was there.

It was raining fairly lightly and no other humanoid was around as it was quite late, maybe around 7:23pm.

My dog ran off into a small woodland area off to the east of the park, when I heard a small yelp from a different dog to the west of the park.

I turned 180 degrees very rapidly, with speed the human eye may consider UNREAL.

I felt a shiver of isolation run through my brain similar to the pins and needles feeling when you sit on your foot for too long.

Then after hearing a large sound and falling to the ground in pain, I suddenly awoke to my dog licking my face at 11:11pm.

I don’t think I’ll even be able to shake the fears of that dreaded night.

The thing that lurked among the bushes was a good 2 feet in height above me, and I’m 6ft.

It eyes when we locked together in fear of one another, were blinding, almost like have a red laser pen shone into your eyes.

The creature from what I presume was not humanoid was about 13 meters away from me.

What made me shriek in fear after remembering this obscene encounter was that fact that a strong wind knocked out the ground that I once stood firmly upon.

I didn’t feel the need for any medical attention, it hasn’t left any after effects on me in terms of feeling sick or any nausea. No marks were left either.” 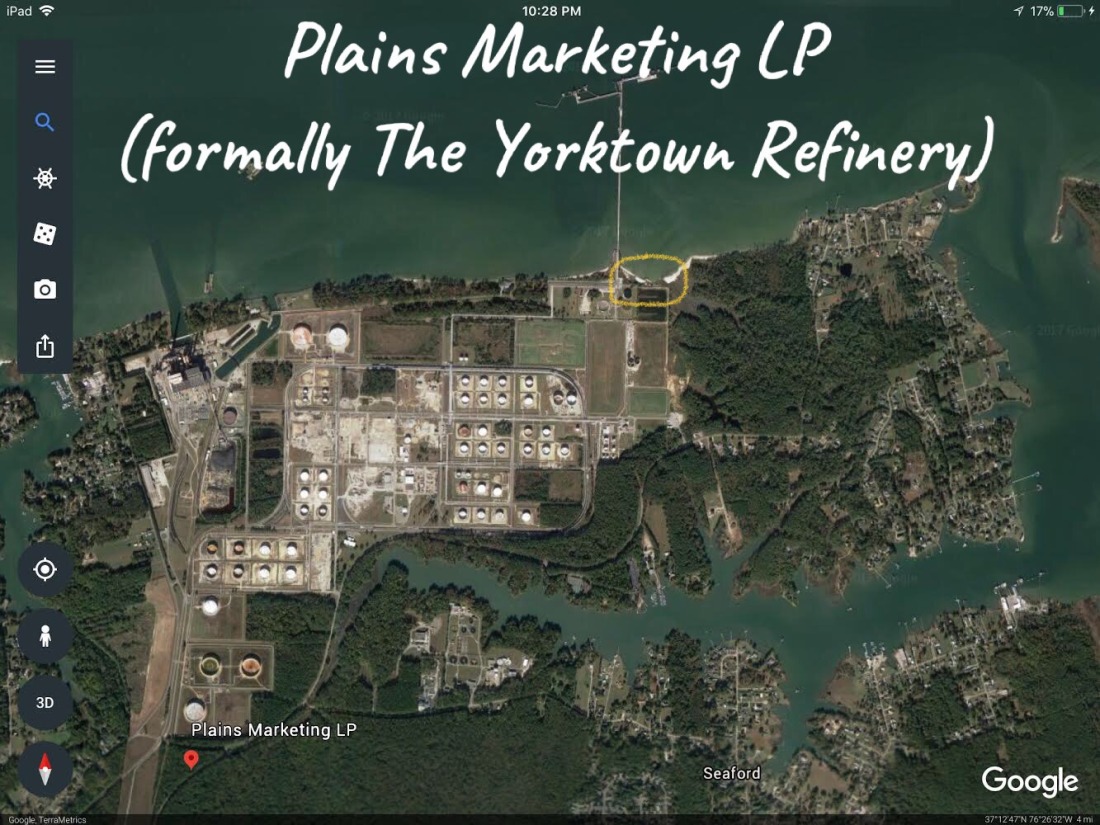 “While patrolling the Yorktown Refinery on numerous occasions, I spotted a strange creature about the size of a large beaver.

It’s covered completely with long, matted brown hair to the point no legs are visible. It’s about 1 1/2 feet in height and 3 1/2 long.

It is very fast and has 2 tails at the rear that are also covered in brown hair.

It has no visible facial features that can be seen under its long hair.

I have observed the creature crossing the road, running very fast entering the river next to the Refinery and on occasion a series of what appears to be holes dug deep into the ground.

Other workers have called me to report this creature, most saying they have never seen anything like this.

Unfortunately I was never able to catch it on camera due to its incredible speed. I’ve seen this creature both night and day.

Of the approximately eight times I saw the creature over the five years I was a Patrol officer, it was during the warm spring, summer months I remember seeing it.

When it ran it had a quick side to side wobble to it.

Almost like when a dog shakes its fur when it’s wet.

I assume it ran on four very short legs even though you could not see any.

It’s heavy shaggy fur dragged across the ground as it ran.

The refinery was a Homeland Security Site due to the fact we were had a port.

Being part of the Security Force the site employees we told to report anything out of the ordinary.

Most of the calls I received about this creature we’re on a personal level.

I’ll explain: part of my responsibilities was the physical safety of the employees so I regularly stopped by the control center and units.

The conversation usually went, ‘I was down by the dock and all of a sudden this hairy thing ran by me and for the life of me I don’t have a clue what it was!’

I estimate around six people told me a story similar to that one.

One of my fellow Security Officer also saw the creature twice.

It’s been almost five years since I worked at the refinery which has changed companies since then.

My thoughts about this creature is that it is more than likely some mutated animal.

The refinery has been in operation for a very long time. It’s also a nature preserve with many different animals ranging from deer to coyotes.

With all the chemicals produced there, God knows how much of those made it into the environment?

I knew every inch of the refinery, every animal that lived there and was trained to observe my surroundings, take notice and respond to any situation so when I saw the creature it stood out.”

What are your thoughts on the above reports?  Let us know in the comments, and be sure to subscribe, sign up, or like the National Cryptid Society on your favorite social media platform.