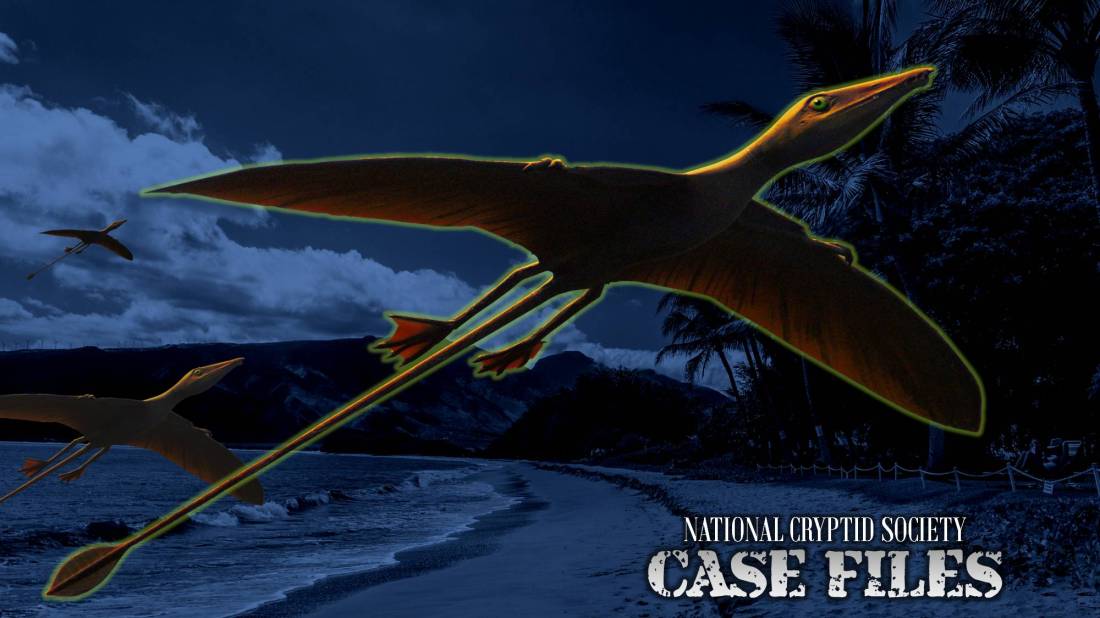 “This happend a few years ago, perhaps 5. My boyfriend and I were visiting the Ranganathittu Bird Sanctuary near Mysore in South India.

An absolutely beautiful place, where the Kaveri river flows lazily amongst small, heavily forested islets, the trees crowded with nests of painted storks, spoonbills, cranes and dozens of other species. Freshwater crocodiles lurk in the dark waters, all too eager to snap up unwary birds or an unfortunate fledgling. Here the trees are not only home to the birds, but also big flying foxes; the India fruit bat.

It was here we saw it, while gently being rowed around in a small wooden boat. At first we thought it was a fruit bat. Although they tend to roost during the day there were still the odd ones flaunting convention and wheeling around in broad daylight. They first thing we noticed was its size. I know that India fruit bats are large, very large, but this dwarfed them. We were close with nothing obscuring our vision, probably about 50 meters away over the open water.

It was at least four times bigger than the large bats with about a 7 meters (about 20 foot) wing span, and it glided while they flapped. It swooped down to the water, and on the wing plucked a 60-70cm (about 2 foot) fish effortlessly out the water, carrying it off, thrashing, in one claw. Its body was smooth, not furry, and a mixture of grays, whereas the bats are clearly very dark brown to black. As it flew off, its silhouette was clearly not that of a bat, the anatomy different.

This was not a flying fox. I am sure of it. I have seen many flying foxes, up close. This was huge and distinctly different. Also, fruit bats are vegetarian, eating, well, fruit and not fish. I have been a avid studier of nature for years, and I am aware that you get fishing bats, but not only are they small, but there are no fishing bats in India. It was not a bird of prey; the taut, membranous skin of its wings clearly stretched out between the bones of its ‘fingers’. The India flying fox is the largest species [of bat] in the world, this was bigger, much bigger. They were practically side by side for comparison.”

Donate to the National Cryptid Society