The Black Vault recently published several documents the FBI released to them as part of a Freedom of Information Act request.  These documents contain correspondence between Peter Byrne, cryptozoologist, researcher and Director of the Bigfoot Center and Exhibition and the Federal Bureau of Investigation between 1976 and 1977.

I bet you didn't think the @FBI had files on #Bigfoot…

… yet here they are:https://t.co/S4bBVzrSdc#blackvault #FOIA

On November 24 1976 Peter Byrne requested that the Federal Bureau of Investigation conduct a laboratory analysts of hair samples collected in the field which defied prior examinations. On February 22, 1977, the FBI reported their findings that the hair samples came from the “deer family.”

The documents below are best viewed on the Black Vault’s article “FBI Files: Bigfoot & Sasquatch.” 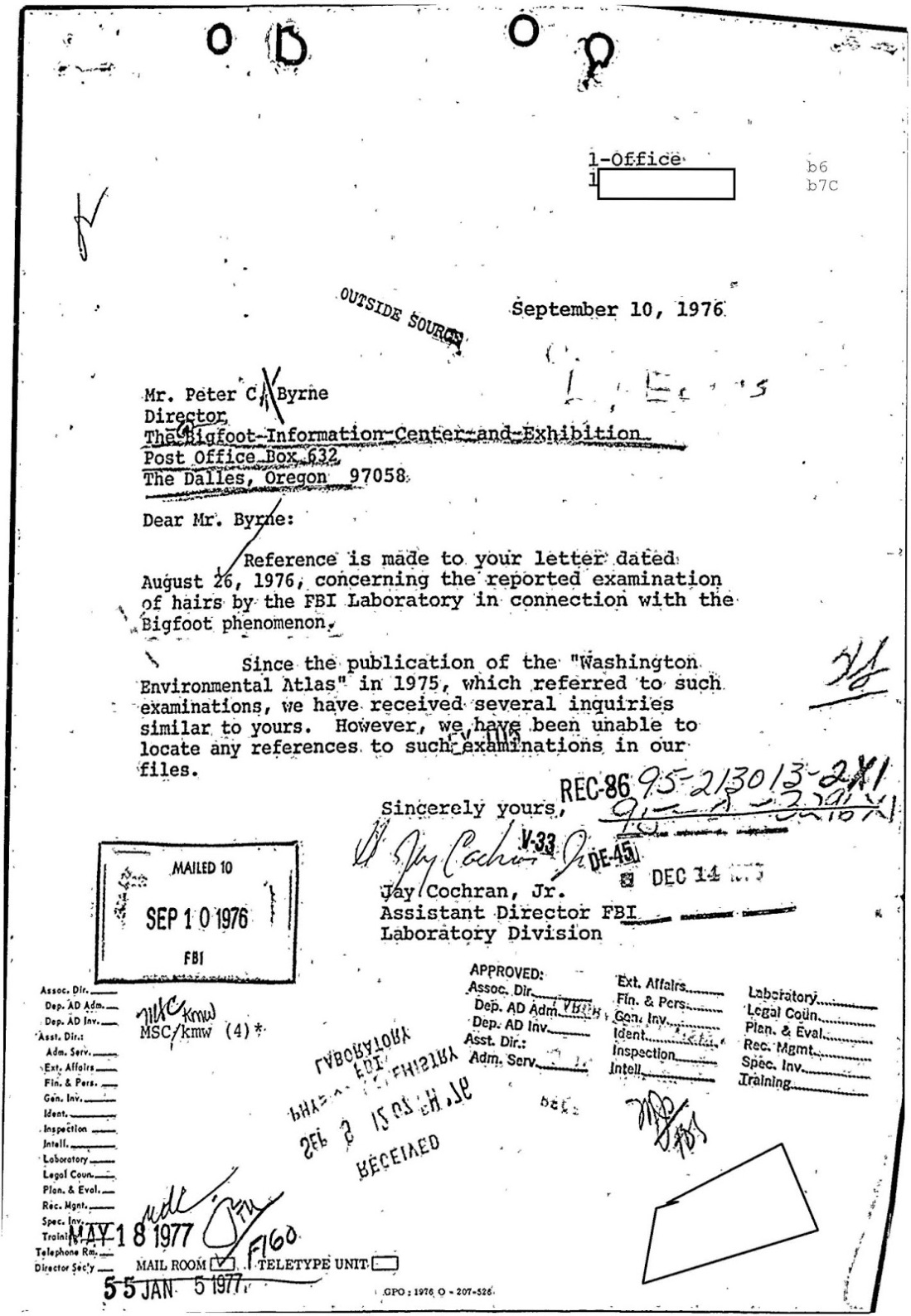 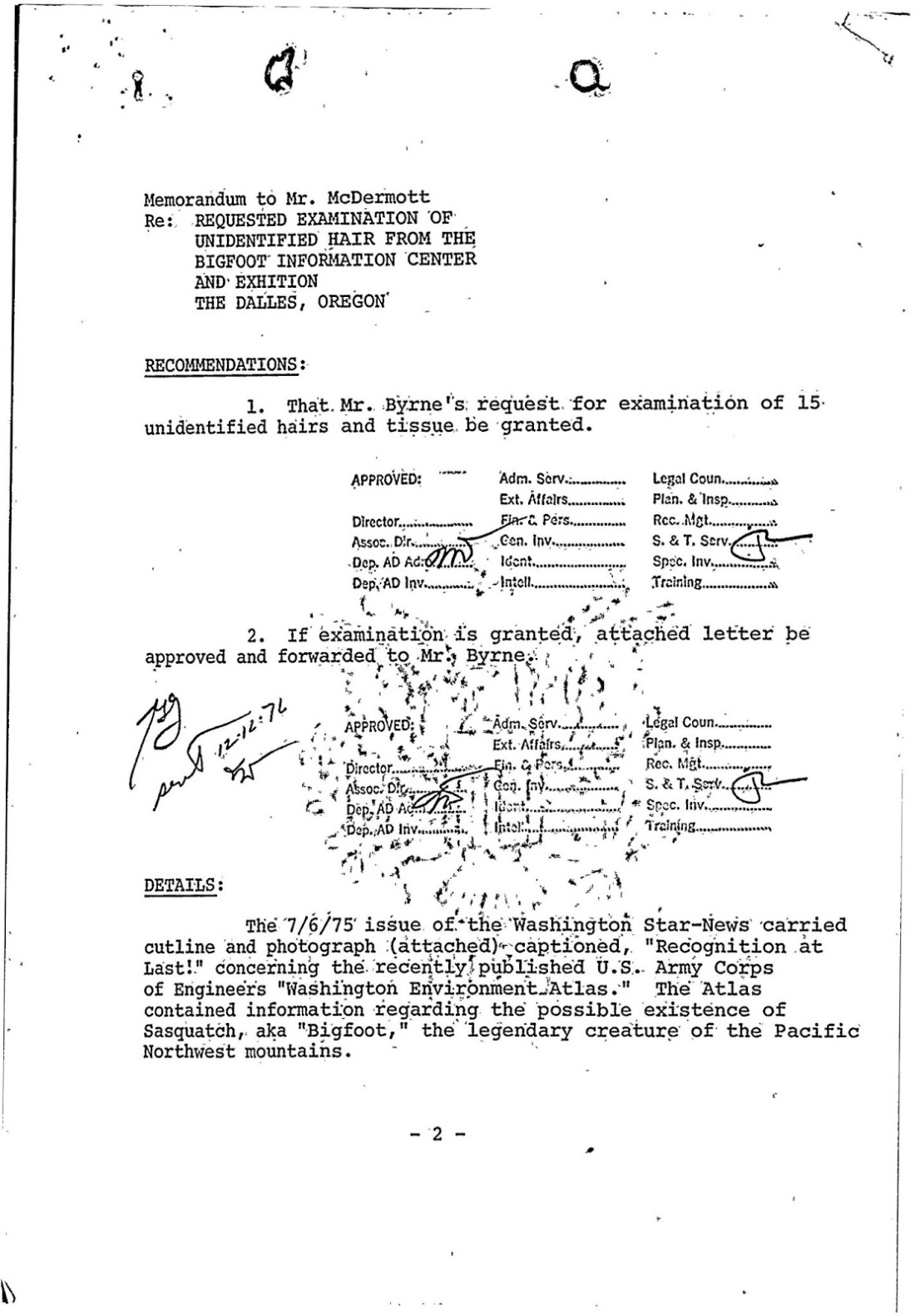 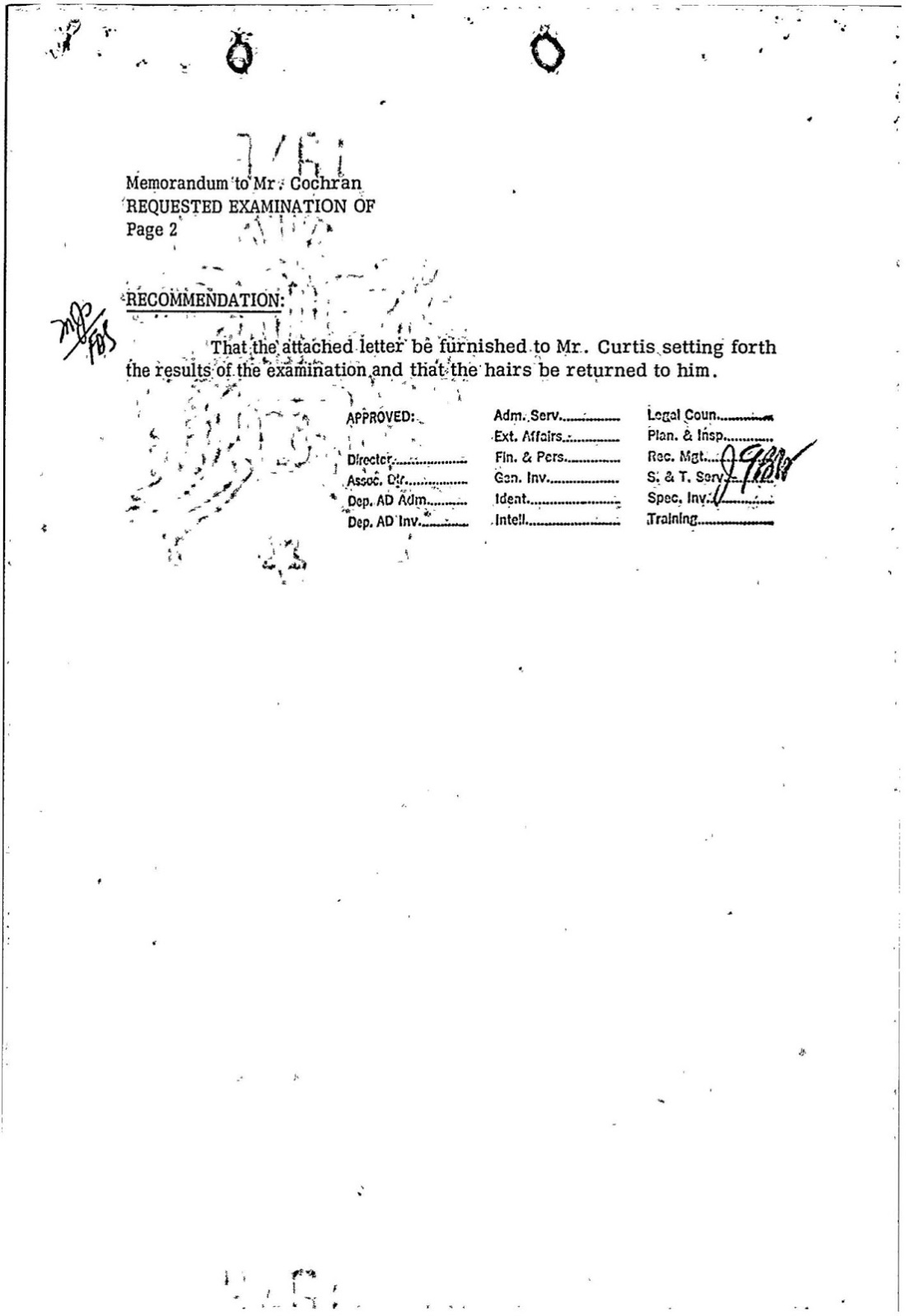 Although the Bureau’s result may have been initially disappointing, the fact that the FBI, let alone any government agency cooperated with a known cryptozoologist is fascinating.  Could you imagine if such cooperation was still commonplace today with the advances in technology?

We recently published an article “Three Government Documents Concerning Cryptids” in which this collection of documents fits nicely. Concerning the FBI results that were referenced in one of the included documents:

“The FBI does have a Bigfoot file. Sadly, however, the test results referenced in the 1974 Washington Atlas have yet to be discovered, and the FBI claims to have misplaced them or found no reference to them.”