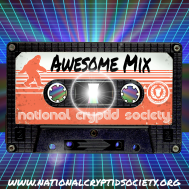 Over the years there have been some strange audio recorded that have been attributed to Bigfoot vocalizations. Here are a collection of just a few for your listening pleasure (or curiosity). Some may dismiss these recordings as known animals, but many have come to consider these to be evidence of Sasquatch vocalizations. We can’t say which ones are misidentifications, hoaxes or the real deal so pull up your easy chair and strap on some headphones and take a trip down Bigfoot’s greatest hits.

On July 11, 2019 at 8:13PM, Shaun Hammonds recorded unsettling screams near his home in rural Kentucky.

Hammonds is the owner of Hillbillies Apparel, and have a YouTube channel chronicling the family’s day to day antics, pranks and opinions since Oct 13, 2016. However, only recently have their videos had anything to do with Bigfoot. But on July 9, 2019 Hammonds uploaded a dark video on the channel with the first mention of possible Sasquatch or otherwise unknown vocalizations.

Probably the most famous recordings are the Sierra Sounds. The “Sierra Sounds” are known as one of the most iconic pieces of Bigfoot vocalization evidence to date, although controversy still surrounds them as skeptical criticism . Recorded in 1971 by Ronald J. Morehead and Alan Berry during an outing between Lake Tahoe and Yosemite National Park, the recordings depict guttural, animalistic vocalizations that are attributed to Sasquatch around the campsite.

The Puyallup Screamer. Two years later in 1973 an alleged Bigfoot scream was recorded on audio near Puyallup, Washington. These sounds were recorded by Mr. Marlin Ayers.

In a comment on the above video, David Swindler said “My wife was there that night, and heard it up close and it paralyzed her and her entire family with fear. It was that close. Hundreds of people heard it. A state patrolman reported seeing the creature and it was in the local paper, The Puyallup Herald.”

The “Bigfoot Yell;” Hockett Meadow, Sequoia National Park video was captured on October 27, 2007. “While on a backpacking trip in the Sequoias last October we encountered some unusual events that prompted me to post this for others that know more about this subject to hear. The track has already been ID’d. There were several things that made this trip so extraordinary. The profound quiet and almost complete lack of wildlife. No squirrels, blue jays, raccoons or bears around camp, although there was plenty of evidence of their presence(tracks). The only large animal that we saw was a deer about 1.5 miles from camp going towards the lake. Other than that, complete stillness. Another thing that stands out is that nothing bothered our packs or the trash at any time. We didn’t hang our packs. The trash bag is visible in the video and easily accessible to anything that can climb or rear up. Then of course there’s the noise/yell. In the video I mention a night visitor. For those of you that visit the backcountry, a night visit means one thing. But whatever came into camp was more interested in our tents, us, rather than our trash or food because there was rich pickings just a dozen yards away.”

On May 18, 2013 Charles Lawrence recorded strange vocalizations in Yosimite National Park. “At 2:30 A.M. we were awaken by some very loud screams coming from about 100 yards into the forest. Sounded like it was made by a very large animal. Screams continued for about 20 minutes and started to get closer to us while we were sleeping in hammocks. Many years of hunting and backpacking in the area, we have never heard sounds like I recorded that night.”

Parabreakdown uploaded a video comparing the sounds with the previous Hockett Meadow recordings in this video, in which both are very similar.

On January 21, 2013 near Mission, Oregon on the Umatilla Indian Reservation, strange calls and vocalizations were recorded just before midnight.

From the video description: “…not sure what was going on January 21, 2013 on the Umatilla Indian Reservation in eastern Oregon @ 11 pm last night but this is the strange audio/video I picked up. Squatch activity seems like its happening almost ever night w/ multiple audio & visual sights from credible people lately around and near Mission, Oregon. There has been a ton of notoriety about Bigfoot in our community lately, with some saying the strange noises coming from the swamp late at night is simple a coyote, fox or cougar-I honestly have no explanation either way. Whatever it is, it sounds like it has a large diaphragm, can change tones & decibels w/ ease, and sounds pretty “Squatchy” to me, after doing a lot of research on the matter. It is what it is, and this is what happened to me in the middle of the CTUIR community last night. PS after the third gunshot, listen real close, what is that thing vocalizing? That’s the strangest part of the video IMHO. Peace, JQ”

Angela H commented on the video “No I live there, You could hear it through out the whole reservation. I grew up in the hills around coyotes all the time. Coyotes dont sound like this. Not even one by itself stranded. Coyotes sound morre like dogs. This war a booming noise and it also sounded like laughter. A few weeks before it had happened here, people from another rez said that it was the same sounds they heard on there rez. A woman and a man from the community heard it coming from the swamp, it was a bright neon green light glowing from the swamp so her and her boyfriend walked towards it to check it out the closer she got she seen a shadowed figure coming towards her, making that noise. That laughing noise. It got closer and closer and in our native way when you enounter a spirit you are supposed to scare it away and tell it that its not welcome here…. well that is exactly what she did but it just kept laughing and kept going near her…so she started praying out loud. (this was a few nights after this video was made) It started moving further and further away until the glowing disappeared. My mom always told me things like that are warnings. After that incodent of the year of 2013 – our reservation was plauged with meth. Also, a few weeks prior to this incodent, i had watched a film with my mother called “Bigfoot: The Lost Coast Tapes” That had so many connections and similarities of what happened on our reservation. Say what you will but this is what i believe to be true. My mom says big foot is a proctector, he only comes out when he wants to warn you that bad things are going to happen. same with other shape shifting spirits. this isnt the first time something this strange has happened on my rez. This was the hoof man, the guy that indians believe to be the devil. This was him.”

In 2015, Vancouver Island residents on Cormorant Island were reporting strange sounds coming from the woods. While some have dismissed the recordings as animal sounds, there is no Cormorant Island has no resident large animal wildlife. There are no deer, bear or cougar that live full-time on the island. However, sometimes animals have been known to travel there. In September of 2016, a pair of grizzly bears made their way to the small island causing an environment of “excitement, curiosity and trepidation.”

While alleged recordings of alleged Sasquatch vocalizations are rare, there are plenty of sites that have them for those who are curious:

The Bigfoot Field Researchers Organization has a page dedicated to audio recordings that are available for listening HERE.

A page with links to various recordings HERE.

A page with recordings, some of which are exclusive to the Oregon Bigfoot page HERE.

An excellent article by Brent Swancer on the website “Mysterious Universe.” HERE

2 thoughts on “Collection of Bigfoot or Otherwise Unknown Vocalizations”